The truth about blockchain 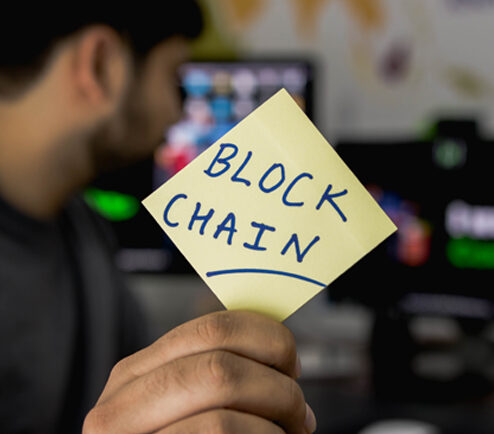 Hype around blockchain technology — the backbone of bitcoin, and much more — seems to be reaching a crescendo.

Many companies are wrestling with a dilemma: stand by and denounce a technology fraught with scepticism and distrust, or join those investing and exploiting this trend. The recent surge in the capitalisation of cryptocurrency alone, from less than $20bn in 2013 to over $540bn in 2017, means the issue itself is becoming almost impossible for financial institutions to ignore.

The potential for blockchain is huge and it promises to unlock a wave of innovation. That said, it’s certainly fraught with complications, and even those who are close to it remain unclear as to how it will play out.

Below is a look at the opportunities, challenges and regulatory nuances associated with blockchain, as well as the specific market adoptions I think we might see over the coming years.

A wealth of opportunities

Blockchain technology has the potential to reshape the way businesses transact across nearly every industry in the global economy. It’s no wonder it’s set to drive a business revolution.

A key benefit of the technology is that it essentially replaces the need for trust. The distributed infrastructure has the ability to share information that is secure, accurate and consistent all at the same time. Both parties could hypothetically provide and access accurate data about transactions across nearly every financial service industry from retail and corporate banking to insurance.

Another key benefit includes the scope of quality assurance that working within blockchain brings. For example, if an irregularity is detected somewhere along the supply chain, a blockchain system can lead you all the way to its point of origin. Moreover, recording transactions through blockchain virtually eliminates human error and protects the data from possible tampering.

One of the strongest examples of where this promise could have the biggest impact is with international payments settlements. Blockchain has the potential to substantially reduce the costs and the time it takes, while also providing a more accurate and reliable service. With the World Bank calculating remittance payments to developing countries at £429 billion in 2016 alone it’s clear that the opportunity here is huge.

Blockchain represents a new way of doing things and for an industry that is bound by many legacy infrastructures, it’s no surprise that the first subject for many is the huge regulatory implications surrounding blockchain. Throughout time, regulations have notoriously struggled to keep pace with advances in technology. One of the most prominent debates recently has been around how big tech companies like Google and Facebook operate, particularly when it comes to how they use consumer data. Although this is just one example, big tech is transforming our world in ways that defy existing regulation.

For blockchain specifically, the issue around regulation is twofold.

Take bitcoin as an example of just how complex regulation could be. This technology doesn’t just challenge the way organisations operate, but also governments, and therefore finding appropriate regulation that works for both is far from a quick process.

On the other hand, regulation definitely has a role to play. For example, according to statistics provided by TokenData2, 46 per cent out of 902 blockchain projects that raised money through an ICO in 2017 have already failed. In order to avoid the same problem with blockchain technologies more broadly some regulation is key. However, it does become a challenge knowing where and how to invest given the uncertainty around how the regulatory landscape will play out.

Arguably, this uncertainty is the very reason we’ve not seen a lot of institutional investors enter into the cryptocurrency fray. Another example of this uncertainty, is the United States Securities Exchange Commission (SEC) rejecting its ninth application for bitcoin Exchange Traded Funds (ETFs) in August. Despite acknowledging that the technology has utility and value as an investment, the SEC indicated that the proposals did not meet the necessary legal requirements. On the flip side, after launching Bitcoin futures contracts last year, Cboe is telling market makers that it could launch similar derivatives in Ethereum too. So, while there’s no denying the huge regulatory uncertainty that’s surrounding the technology, there’s certainly appetite to pioneer its future.

Whilst it’s great to see so much excitement around the potential of blockchain, put simply, most of this is hype and there’s very little to truly invest in today.

The biggest obstacle we face in moving beyond the hype is simply the lack of adoption to date. We see time and time again, articles and businesses proclaiming that blockchain solutions hold the answer to some of the business and world’s biggest issues. Yet the reality is, we owe the technology much more than to label it as the Messiah ‘solution’ to every problem without giving it a fighting chance. We need to put it to the test. We need to experiment with it. We need to refine its uses, work through regulatory nuances and challenges and ultimately, build on applications for it. Branding it as ‘the solution’ without doing any of the above is simply us doing the technology a huge disservice.

That said, it feels that we are making steps in the right direction. The World Economic Forum has estimated that more than 25 countries are investing in blockchain technology, filing more than 2,500 patents and investing $1.3bn. And the financial services industry is one ripe for blockchain disruption. In a survey by the IBM Institute for Business Value and the Economist Intelligence Unit, one in seven companies it calls ‘trailblazers’ said they expect to have blockchain’s in production and at commercial scale this year. IBM further estimates that 65 per cent of banks will have models running in three years time.

These figures not only demonstrate the world’s hope for blockchain, but also a potential move from hype to reality.

Broadly speaking, I’d argue the only real application we have seen today for blockchain is digital currency. More specifically, the theme of cryptocurrencies as a new asset class that redefines trust, morphing networks into financial tokens of value and utility, in a decentralised manner. As an asset class that trades differently from others currently in the market, blockchain offers a differentiated source of returns. It’s yet another double-edged sword however, because with the opportunities this brings, there’s also a lot of scepticism around the lack of credible investment managers in this space.

When it comes to looking at the industries where we might see blockchain have real life application, whether in the form of bitcoin or otherwise, there are already two very promising examples: real estate and banking.

Looking at real estate in the US. It’s an incredibly complex industry with a lot of moving parts where the participation of buyers, sellers, agents and brokers, and the processes of title and escrow make transactions slow and unnecessarily risky. It’s a good example of where blockchain could revolutionise the market, creating opportunities for diversification. With 71 per cent of Americans wishing real estate investment was easier, it’ll be interesting to see how blockchain could help address this.

Another obvious industry to mention is, of course, banking. Blockchain is on the way to transforming everything from payments transactions to how money is raised in the private market. And, as it picks up momentum, it’s expected that the traditional banking industry will continue to embrace the technology. In fact, according to a recent Accenture study, the world banking sector will save up to $20 bn by 2022 through implementing blockchain. With global banking currently estimated to be a $134 trillion generating industry – the opportunity is huge, both in terms of cost cutting and new outputs for consumers. And the promise of blockchain as a trusted technology has the potential to cause widespread disruption.

In my opinion, blockchain could offer real value to many of the high growth markets PayU operates in, such as Brazil and the LatAm regionally more broadly. Why? As with many new technologies, the lack of legacy systems in these markets could facilitate faster, smoother adoption of blockchain.

When it comes to the reality of blockchain, we’ll see this play out differently across the world. At PayU, and as Naspers’ fintech arm, we operate across some of the most dynamic markets in the world. Looking at blockchain specifically we’ve seen surprising levels of adoption in places such as South Africa. For example, fellow Naspers portfolio company, Luno, through their easy to use wallet, is helping residents of emerging markets like Indonesia, Malaysia and South Africa invest and trade in cryptocurrencies, with many now making fair returns on their investments.

Arguably, the opportunity for blockchain is most pertinent in some of these high growth markets. New technology has proven time and time again to be a key driver in providing financial access to underbanked communities over the past decades. For example, the proliferation of smartphones in high growth markets has created complex ‘mobile money’ ecosystems that have broadened financial access.

It’s interesting to also note that cryptocurrencies are proving particularly useful in economies where there are restrictions on transporting cash across borders, where public access to mainstream banking is low, or where local economies are rife with inflation. This use of blockchain is definitely one where we are seeing friction between the technology as a solution and the ensuing regulatory challenges it prompts. For example, in Venezuela they recently launched the pre-sale of its new digital currency called the petro. The so-called “cryptocurrency” launch comes as Venezuela faces deepening economic and political crises. According to the government, the petro is backed by oil, gas, gold and diamonds, and is meant to help overcome US and EU sanctions. The move, however, did not come without criticism with many countries viewing this as evading their restriction on foreign borrowing. This is just one example of how the market is changing and ultimately, how it will need to adapt to keep up with difference paces of adoption.

Blockchain certainly conjures images of a positive future. But time and education will play a huge role in its success and I can’t help but feel that regulation has the potential to play a dual role as both a facilitator and a blocker.

It’s positive to see many countries and sectors shouting about the potential they see in blockchain; however, I fear that the more hype around it, and resulting regulation, the fewer real-world applications we might see come out of it. I strongly believe it has great potential, particularly in sectors such as payments, and that it’s key to stay focused to get the best outcome possible for all parties.

This article was originally published at the IT Pro Portal Magazine. Please follow this link to access the original article.