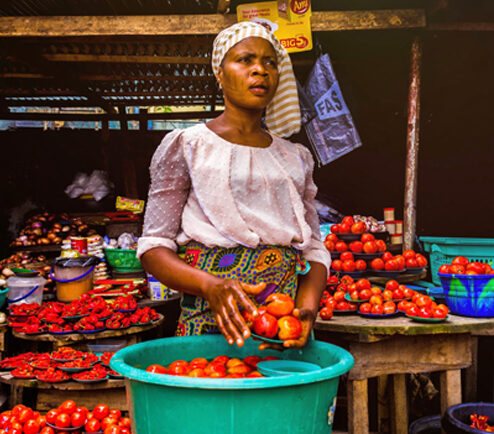 A survey conducted by Credit Suisse Research Institute on the latest emerging consumer showed that the overall annual online retail sales across surveyed markets, which included China, Brazil, India, Mexico, South Africa, Russia, Saudi Arabia and Turkey – could amount to 3.5 trillion US dollars. In addition to the rapid rise in internet access, other factors propelling online retail are expanding incomes, which are resulting in a larger emerging middle class shopping online for products and services.

The majority of consumers from emerging markets are predominantly making online purchases through smartphones rather than by means of the fixed-line-based internet, due to the fact that in regions which include Asia Pacific, Latin America and Africa, mobile handsets are the first-web-enabled device the majority of the populations have access to. Already fully established e-commerce markets may have much higher mobile device counts and internet access, however, consumers from emerging markets make more use of their handsets to shop compared to their wealthier counterparts.

According to the survey conducted by Credit Suisse, if internet usage across the developing countries reaches the levels found in developed countries, this could see an additional one billion internet users in the nine countries surveyed, with India and China likely to have the largest number of prospective consumers to this projection. At the time the survey was conducted, two-thirds of the internet access was through smartphones in India, and close to three-fifths in China. This indicates the importance of having a well-thought-out mobile strategy for companies planning to benefit from the ongoing e-commerce boom across emerging markets.

Although emerging markets still need to catch up with developed countries in their e-commerce infrastructure, they are likely to see stronger e-commerce sales growth in the future. Because of this, the global e-commerce landscape may change rapidly over the course of the next five years and beyond.

It was estimated that by 2017, the highest rates of B2C e-commerce sales would occur in Mexico, India, China and Indonesia. Ecommerce makes it possible for retailers to reach new customers that they cannot reach in traditional ways, especially in remote, rural locations. As more and more consumers gain confidence in shopping online and embrace e-commerce as a convenient way to buy products, emerging markets may ultimately outdo established markets as a result of the number of their population.

Emerging countries have potential for some of the highest growth rates in e-commerce. A good example is Indonesia, which has set itself apart as a mobile-first country. It was recorded that in 2015 more than 70% of Indonesia’s online sales were made through mobile devices.

Developing countries currently present a variety of unique opportunities in maturing to some of the biggest eCommerce segments. Their shortcomings, such as payment challenges and poor logistics infrastructure gives room for untapped potential, which if tapped into, could lead to continuous progress. An expanding middle-class, with more spending power, will likely continue to boost e-commerce markets in emerging regions.

If you are considering investing more in eCommerce retail, the emerging markets, in particular, have potential for significant growth opportunities. Or should you be planning on going global with your online store, remember that locally accessible, secure and reliable payment gateways, such as those provided by PayU, are essential when establishing your online retail store in a developing marketplace.